A recent analysis shows worm resistance can be bred relatively rapidly with little effect on other important traits.  The study published in January 2017 by Daniel Brown (AGBU) and Neal Fogarty (NSW DPI), analysed data from the Sheep Genetics MERINOSELECT database.  Their findings showed that the moderate heritability for worm egg count (WEC) (0.2–0.3) combined with its high phenotypic variation (WEC results for individuals in a mob can range from zero to many thousands) means that worm resistance in sheep can be improved relatively rapidly by selection for low WEC. 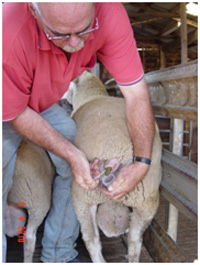