A MIX of breeding, feeding and the time of joining is the secret to success for South East sheep producer Graham Clothier, who subscribes to the "keep it simple, stupid" philosophy.

ROBUST BREEDING: With a focus on ewe reproduction and flock profitability, this year the Clothier family, Greenvale, Woolumbool, achieved 143 per cent lambing rate from ewes mated.

The family has farmed the land for 57 years, firstly through Graham's parents, who then included their three sons, before Graham and his brother, Leigh, joined forces for six years until Leigh's retirement in 2014.

The 650-hectare property in the Limestone Coast region is mostly sand through to sandy loam and terra rossa, which Graham says is excellent sub-clover country. It is supplemented by 265ha of heavier soil over two blocks south of Naracoorte, where the Clothiers produce hay.

He aims to breed a medium-wool, robust crossbred lamb and uses Australian Sheep Breeding Values to select for optimum fat and muscle. The goal is to produce an animal with a meat-to-wool income ratio of 80:20.

"We run quite a simple operation as far as breeding goes," Graham said.

"We use a narrow variety of rams to pin down the traits, such as easy-care and robustness, that we want to see in our second-cross lambs.

"We achieve this with traits high in fat and muscle."

Mr Clothier said in the Merinos, they aimed for a lower-cutting, plainer ewe with a high fertility rate. Indeed, last year 63 per cent multiple births were recorded.

The Clothier family's feeding regime focuses on the impact of ewe nutrition on reproductive performance and flock profitability.

Ewes are joined in early January for a five-week lambing in June, and fed three megajoules of energy daily for a month, with feeding increasing as the season progresses.

The regime changes after ewes are pregnancy tested and drafted into "single, twins and empties".

For those in lamb, the timing of feeding is critical, Graham said. Hay or silage is fed twice a week, with grain added into the mix shortly before lambing when the ewes are on 8-10MJ/day.

"Even if it means you start feeding the ewes early, you can't let them lose that bloom they got in spring," Graham said.

"You want them in as good a condition as possible, and no less than 2.8 condition score at lambing, otherwise they're underdone."

Rams also come in for their fair share of attention, and are all from brucellosis-accredited flocks.

After a physical check and at a condition score of four or better, they are joined at a ratio of one ram per 100 ewes plus one for five weeks, a formula the Clothiers have applied for 30 years with maximum results.

Lambing starts in the first week of June, which can be risky weather-wise as cold fronts take their toll on newborns, especially multiples.

A precaution the Clothiers take is to sow narrow strips of wheat grass through the lambing paddocks, to allow sheep to shelter in the tall, rank grass.

The aim is for 150 per cent lambing from ewes mated, a goal the Clothiers fell just short of this year with 143pc achieved. "So, still room for improvement," Graham said.

All prime lambs are turned off finished.

Depending on the season, most are offloaded at 50 kilograms liveweight or 22kg dressedweight, with the bulk sent to Woolworths and the heavier lambs sold to JBS Australia at Bordertown.

The Clothiers grow 250ha of dryland lucerne, but in a dry year will finish the lambs on barley and locally-made feed pellets in pens.

A 2004 Nuffield scholar, Graham is a firm believer in consolidating the visual appraisal of old with as much new measurement as possible.

And despite his 35 years of experience, Graham still often attends on-farm workshops to continue his learning and to achieve his quest of breeding the ultimate wool and meat sheep. 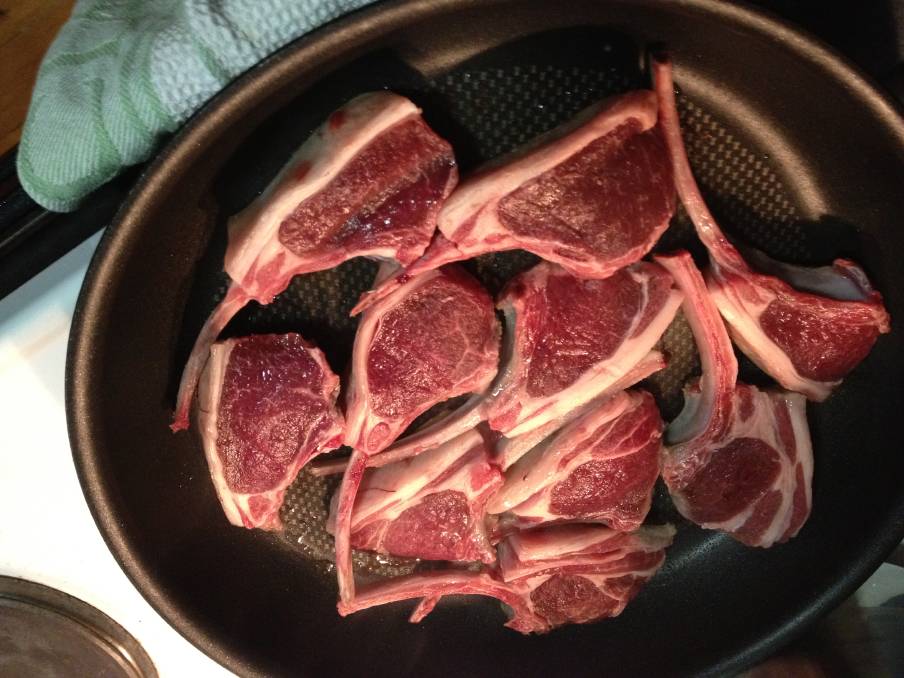 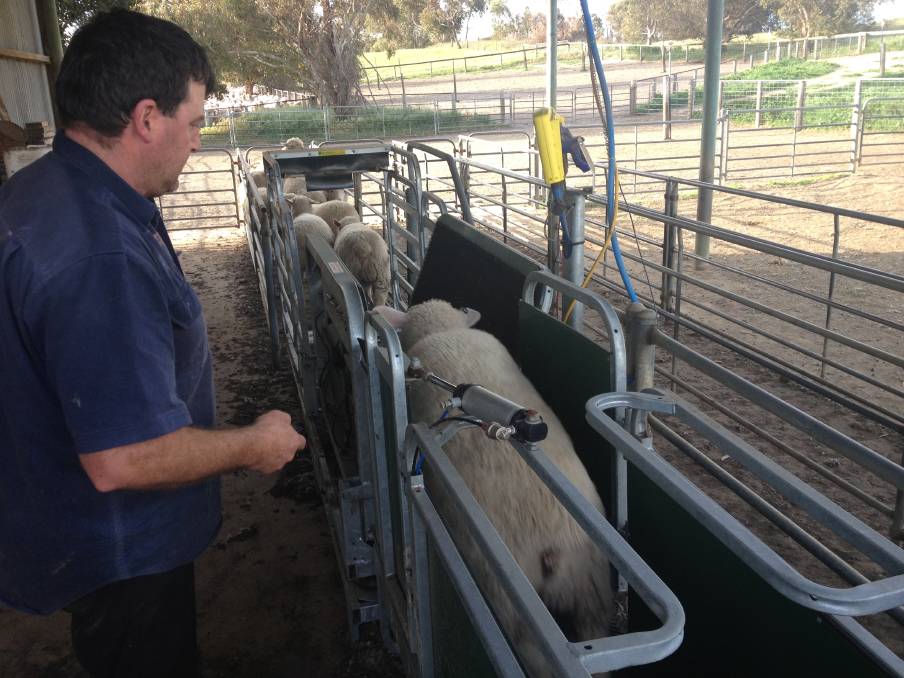 WEIGH-IN: The Clothiers weigh all their lambs prior to sale, aiming to turn them off at an average carcase weight of 22 kilograms.