“With lambs now on the ground in many sheep breeding areas, now is the time to quickly and accurately identify those with superior genetics through the use of DNA testing”, said Prof James Rowe from the Sheep CRC.  “In the Terminal breeds the traits creating most interest from the DNA tests are in the areas of meat eating quality (intramuscular fat and shear force) and lean meat yield”, he said.  According to Sheep CRC research conducting genotype testing on just 20 percent of the ram drop will deliver more than 80 percent of the potential gain on offer.

The Sheep Genomic Test (sometimes referred to by researchers as the 12k or LD test) provides information on genetic merit of animals for a range of traits, including those which are hard to measure such as worm egg count in a dry environment; or cannot be measured until late in life, such as adult wool traits; or even post-slaughter traits like eating quality and tenderness. 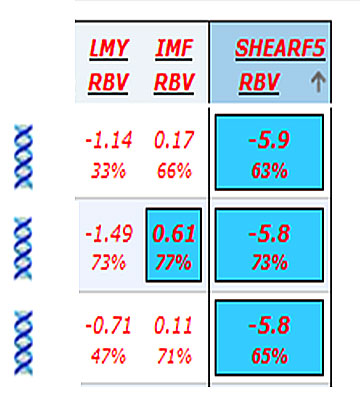 "By having more accurate information on these traits soon after birth, breeders are able to select rams that have superior merit for these economically important but hard to measure traits," Prof. Rowe said. “We have validated the genomic tests based on thousands of sheep that made up the Information Nucleus flock and now MLA’s resource flock, and we are very confident about the accuracy of the genomic predictions.”