In a field of 840 sheep representing 16 breeds, an entry from Ashbank White Suffolks, Dubbo, was the supreme champion short wool ewe before going on to be named the supreme interbreed ewe defeating the supreme long wool ewe, a medium wool Merino from Roseville Park.

The Ashbank champion was an 11 months old first drop daughter of the Tasmanian bred sire Penrise 270 purchased two years ago by Ashbank’s Eric and Daryl Dixon.

In the strongly contested schools’ section, 140 students were involved in preparing and exhibiting sheep with 13 schools competing for the coveted interbreed Goongunyah Shield.

Each team exhibited a group of one ram and two ewes from the school’s own stud and in addition the students were assessed on their industry knowledge and presentation.

A group of White Suffolks from St Pauls College, Walla Walla, NSW, won the keenly contested competition for the first time since 2001. 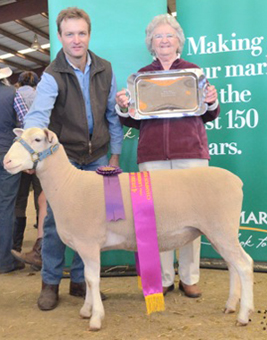 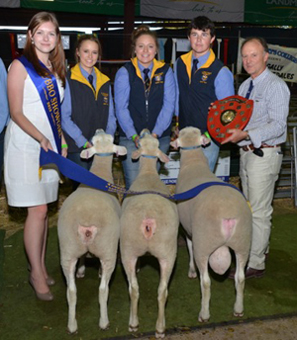