When it comes to lamb, the most important factor is what ends up on the plate.

And the Australian White Suffolk Association has taken a massive step in ensuring the eating quality measurements of White Suffolk lamb are as accurate as possible. 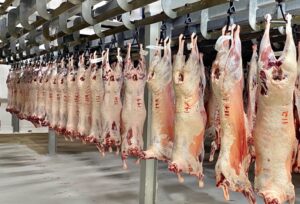 The Association has recently completed a satellite flock project, co-funded by Meat and Livestock Australia, which aimed to measure the Australian Sheep Breeding Values (ASBV) for eating quality traits, such as intramuscular fat (IMF) and shear force (SF), of a group of progeny sired by handpicked White Suffolk rams.

The project aimed to boost the accuracy of the eating quality traits in the rams used, and therefore their progeny.

And this was certainly the case, with the accuracy for IMF increasing on average in the group of rams by a massive 18.6 per cent, and SF increasing 16.1pc.

According to project manager Debbie Milne, it has been a huge success, with the accuracy of eating quality traits significantly increased for the sires and their progeny.

“The idea was to broaden the footprint, so that more White Suffolk breeders could choose rams with confidence, and make selection decisions about the future of the breed,” she said.

“The sires you choose now, it will be their daughters who decide the future of the flock.”

She said the rams selected for the project were chosen for a very specific reason.

“The rams were sires that had been used widely in the breed and had the least relation to those in MLA Resource Flock,” she said.

“These sires have been used in 158 flocks and produced 7555 lambs in Lambplan,” she said.

“And that doesn’t include non-Lambplan progeny and relatives.”

The sires were joined through an AI program to an even line of 295 Terrick West Merino ewes.

The progeny were tagged and measured at marking, had a weaning weight recorded and then were scanned for muscle and fat. 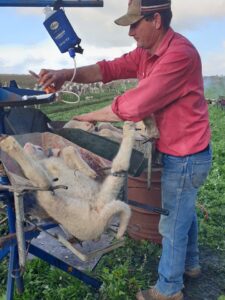 Lambs were tagged and measured at marking. 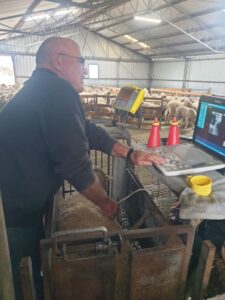 All lambs were scanned for muscle and fat prior to slaughter.

Mrs Milne said there were a number of unforeseen events during the project, including a bushfire on the property where the ewes were kept, and an extreme cold weather event during lambing, which affected live lamb numbers.

It was also a big challenge obtaining semen from the chosen rams from across the country for joining in such a short period of time.

“It was a really exciting project, and despite the adverse conditions, we got there,” she said.

Mrs Milne said one of the reasons testing eating quality was so important was because increasing muscle in sheep - for which testing has been available for years - has had a negative impact on eating quality.

“The consequence of improving carcase traits has been a decline in eating quality, and we want to reverse that,” she said. 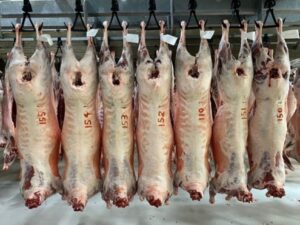 “This project is not only good for the breed, it is good for the lamb industry. If you can measure and do comparisons between animals, you can compare terminal breeds and see where you sit.

“Lamb is the most expensive meat, and if you can provide an excellent eating experience, people want to come back.”

The importance of eating quality was echoed by Association President Andrew Heinrich.

“There is that need to be producing rams that are going to continue or even improve eating quality,” he said.

“We have a responsibility to provide eating quality, and we know we are on the right side of it.”

Mr Heinrich said many White Suffolk members were keen to take it even further.

“We are looking at more satellite projects in the future,” he said.

“The project went really well, and achieved what we wanted to achieve - more accurate genomic tests on animals related to these sires.”

The Association thanks Meat & Livestock Australia for co-funding the project and Shearwell for their in-kind support.