Targeted Drenching uses the average flock worm egg count (WEC) to calculate a proportion of the flock to be drenched to reduce WEC below a critical level compatible with acceptable worm control, rather than to zero.  The number to be drenched is calculated after provision for drenching all scouring or obviously thin ewes.  Ewes to be drenched are then allocated from the lowest body condition score upwards. 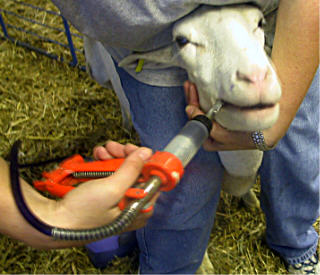 Producers either had or rapidly developed the skills required to implement TD on their properties.