The latest in maternal genetic trials and genomic testing will be outlined to stud and commercial producers at the annual Australian White Suffolk Association conference next month.

The conference, to be held on February 11-14 at RACV Goldfields Resort, Creswick, Victoria, will draw more than 60 delegates from almost every state and territory.

The event will be open to commercial producers, industry stakeholders and the public who have registered to attend. 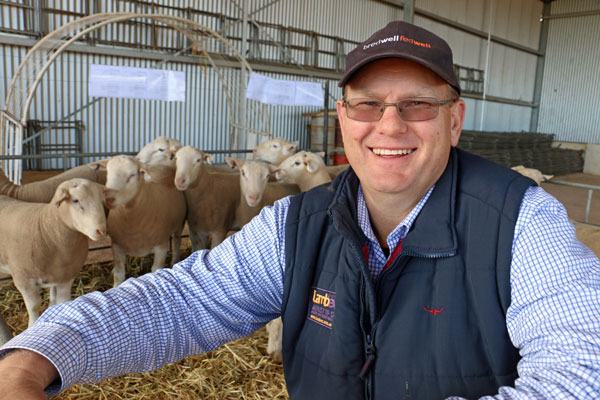 Dr Jason Trompf is conducting trials on maternal genetics,
including White Suffolk, and will outline the results to
date at the 2018 conference.

Guest speakers on the second day include Liv Ryan, McCain Ballarat, giving a run down on the local potato industry, Mike Stephens, Meridian Agriculture, on the important topic of succession planning, and Struan Pearce, Studstocksales.com, will give social media and online marketing advice.

Producers will receive an update on LAMBPLAN and hear the latest trends on the skin market for White Suffolks from Paul Fitzsummons, PKF Sheepskin Valuations principal, Adelaide.

Boasting more than 30 years experience in the sheepskin industry, Mr Fitzummons started his own business in 2012 and specializes in sourcing sheep and lambskins (green and drum salted) for domestic and overseas clients.

The conference will conclude on Tuesday evening with a dinner featuring White Suffolk lamb cuisine and the AWSA Young Guns quiz night.

AWSA president Peter Button said producers were encouraged to join the Association’s commercial register in anticipation of a White Suffolk lamb brand being rolled out nationally.

Mr Button said the conference would include information on the maternal performance of the breed, with many producers electing to retain their first-cross ewes as a self-replacing flock.

In 2017, White Suffolks received higher returns and better clearance rates than in previous years, with many sales averaging from $1000-$1500 for flock rams.

In the commercial market, demand has been strong for ewes joined to White Suffolk sires, with prices hitting $340 on AuctionsPlus in 2017.

Mr Button described Western Australia as a “hot spot’’ with White Suffolks being the dominant terminal breed in both numbers and prices last year.

“There is a real struggle to get White Suffolk ewes, and many have gone from the eastern states across to Western Australian studs – they are really going gang busters over there.’’

Mr Button said the Association was a strong supporter of youth, sponsoring the LambEx Young Gun competition and the SA Sheep Expo.

“The conference also includes a talk on skin values, and will cover how a producer can make the pelt more valuable through ram selection and grass seed management.

“It will conclude with our annual general meeting and an open forum where members can discuss issues within the breed and industry.’’

Conference inquiries can be made to whitesuffolk@gmail.com