A diversified Tasmanian farming operation has integrated White Suffolk cross prime lambs as a profitable side-line to a mix of alternative and mainstream crops.

The family uses cell grazing and low stress stock handling techniques and are certified under the new Global Animal Partnership.

Historically, the main farming mix in the district has been Merino sheep on the hills and cattle on the river flats.

The introduction of irrigation resulted in a shift to a diversified enterprise at Tullochgorum encompassing poppy, potato and prime lamb production.

Mr Marshall said the prime lamb enterprise had come into its own across the last decade. 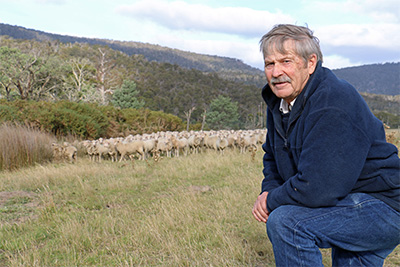 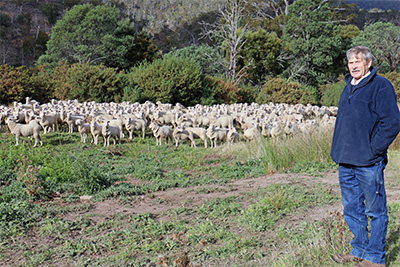 “We lamb from October 1 so are able to get the first cross lambs off by the end of June,’’ Mr Marshall said.

Set in a 500mm rainfall zone, the property comprises black cracking soil down to solid rock, and sits in the shadow of Ben Lomond.

The irrigated essential oil crops are processed in an on-property distillery, and marketed through Essential Oils of Tasmania Pty Ltd.

The 28ha of peppermint was harvested in February and 20ha of fennel in April.

Tullochgorum also produces wheat, oats, forage rape, wool and cattle, and has grown poppies and potatoes in the past.

The station was originally settled in 1836 by James Grant, with the homestead built by convict labour.
Straddling the South Esk River valley, Tullochgorum’s original shearing shed, stables and machinery sheds were destroyed by flood in 1929.

Rob’s father Bob Marshall moved from Deniliquin, in southern NSW, to Tullochgorum in 1947, and was faced with ridding the country of gorse and rabbits.

The gorse continues to be a problem and the property is a host for trialling control methods although Rob does concede it provides shelter during lambing.

The family runs their Merino wethers up to three years of age in the steeper bush country and the prime lambs on the irrigated river flats.

The original Peppin ewe base has been crossed with Oakhampton and Egelabra bloodlines to result in an 18 micron fleece with an average fleece weight of 5kg.

The ewes are classed by an independent classer, with about 30 per cent joined to White Suffolk rams.

Lambing in the Merino ewes joined to White Suffolks has averaged 100 per cent compared to the Merino-Merino joinings of 85 per cent.

Ewes are shorn pre-lambing in late August and lamb from October 1.

With an absence of foxes and wild dogs, the main factor affecting lamb survival is cold weather and mismothering.

“We began using White Suffolk rams 10 years ago to generate cash flow – they are easy lambing over Merino ewes and have done well for us,’’ Mr Marshall said.

“The wether and ewe crossbred lambs are finished on lucerne and forage rape, and, depending on the season, we might sell the bottom section as stores.

“The lambs are finished to 45kg liveweight and are bought either by JBS Australia, Hirds or the Australian Lamb Company, Victoria.

“We are lambing later to avoid the cold weather but sometimes it works against us as the weather can be unpredictable in October. 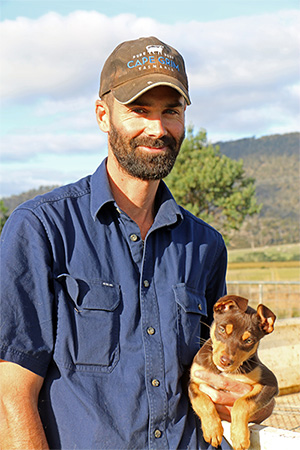 “But we find the feed is starting to grow then and we can run more DSEs.

“We are now running more stock to cater for periods of higher pasture growth.’’

“I did the Grazing Profit course and the idea of that was to keep things simple so I apply that to the sheep breeding program as well,’’ Mr Marshall said.

He is keen to see the White Suffolk breed roll out a branded product as he considers Tasmania perfectly placed geographically to supply out-of-season lamb.